Developmental Glaucoma is an umbrella term for a glaucoma due to a relatively rare group of eye disorders characterised by abnormal development of the front part of the eye known as the anterior chamber. People with this underlying anterior segment dysgenesis (ASD) have a significantly increased risk of glaucoma developing.

ASD is often caused by a change (mutation) in a gene that drives the development of the front of the eye, usually affecting both eyes, they may also be found in varying severity in multiple members of a family.

Although present at birth some of these conditions may not be discovered until a routine eye examination of an older child or adult is performed. Glaucoma can occur at any age.

Ophthalmologists may use the term Anterior Segment Dysgenesis to cover several subgroups, the terminology is a little confused at times and some authors adopt the term Axenfeld-Rieger Syndrome after the notable Ophthalmologists that first described families with the condition and its glaucoma complications.

Also included under the broad term anterior segment dysgenesis can be:

This group of conditions all increase the risk of developing glaucoma – pressure induced damage to the optic nerve and silent sight loss.

This glaucoma can start at any time, including soon after birth. Commonly it is found in childhood or adolescence. It is commonly quoted that people with ASD have a 50% lifetime risk of glaucoma.

Thus anyone with a diagnosis of ASD should have ongoing monitoring for raised intraocular pressure that precedes glaucoma development. This may be 6 or 12 monthly monitoring depending on the degree of ocular changes present. Once someone with ASD is old enough careful documentation of the health of the optic nerve (disc photos or OCT scans from around age 5) and visual field testing is important (from ~ age 10).

If glaucoma or significant ocular hypertension is confirmed the treating eye specialist will likely initiate medical treatment to lower intraocular pressure. In a small number of patients it is likely medicine is not effective enough and surgery will be necessary to control the pressures and prevent glaucoma vision loss.

Several genes are known to cause these conditions, and they may run in families in an autosomal dominant fashion where each person is at 50% risk of inheriting the gene. Importantly from one generation to the next there may be vast variety in the amount of changes in the front of the eye and hence variability in the risk for subsequent glaucoma.

In the future it is hoped genetic knowledge will inform our ability to predict glaucoma risk and the frequency of reviews be tailored appropriately.

It is very important to check eye pressure and check for glaucoma the parents, siblings and children of anyone who has been diagnosed with anterior segment dysgenesis. 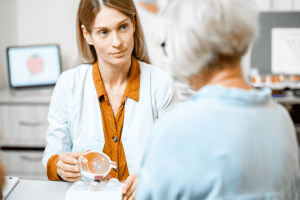 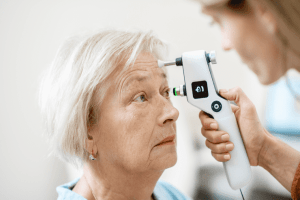