The Clinical Impact of Migraine for the Management of Glaucoma Patients

An invited review of the available literature on migraine and its impact on testing for glaucoma was published in 2016.1 Dr Nguyen and her colleagues reviewed numerous studies and articles with the aim to find how migraine can confuse test results in patients who are being tested and managed for glaucoma. For example, a history of migraine could lead to a misdiagnosis of glaucoma or conversely, could make an early diagnosis of glaucoma more difficult. 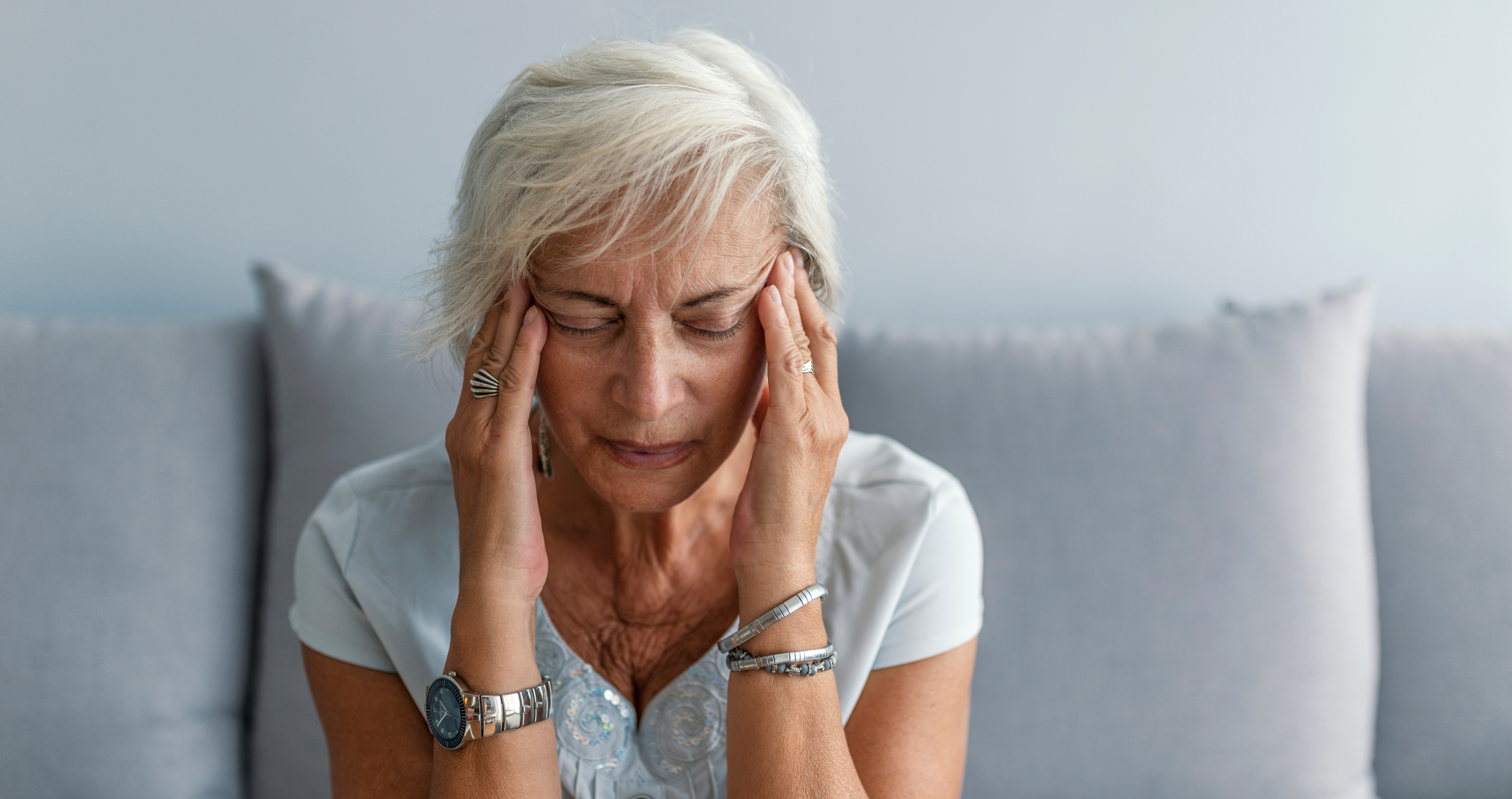 Migraine is a condition that causes painful and recurring headaches alongside other symptoms, including mild blurred vision and visual disturbances that are reversible (i.e. no lasting effects). The two most common types of migraine are migraine without aura and migraine with aura following the classification system by the International Headache Society.2 Interestingly, approximately 30% of migraine sufferers experience an aura consisting of transient neurological disturbances, with 9 in 10 of these being relating to vision. To help identify migraine, a simple screening questionnaire called the ID-MigraineTM is shown below.3

During the last 3 months, did you have the following with your headaches?

Migraines can be more common in people with glaucoma, and an Australian study4 found people aged 70-79 years old were more likely to develop glaucoma if they had a past history of migraine. There have also been studies suggesting that migraine is a risk factor for glaucoma, particularly “normal-tension” glaucoma where the eye pressure is normal. In these cases, there must be reasons other than eye pressure that contribute to glaucoma, such as a possible blood supply issue. Glaucoma diagnosis and management involves numerous vision tests, including visual fields, visual electrophysiology, and eye imaging. The review article highlighted here focuses on these three clinical tests, which could give abnormal results in people with migraine.

Visual field testing is one of the key procedures to test for and manage glaucoma. Typically, it involves small dots of light that flash within a person’s side vision, while the patient focuses on a central target. By identifying where the dots are seen and not seen by the patient, it helps the eyecare clinician collect data on how the patient’s vision is affected. There are many modifications to this test, for example the small dots of light can be steady or flickering. Migraine attacks can be associated with a range of visual field defects. These abnormal results are most prominent in the first 24 hours after an attack and generally disappear after 7-10 days. The results can mimic the signs of glaucoma. Visual field testing in people with migraine can also produce more variable results from one day to the next. Glaucoma patients with migraine may have fluctuating visual field results, making it hard to monitor and track the progression of the condition. Helping the optometrist understand your history of migraine attacks can help them understand your visual field test results better.

Visual electrophysiology is a more specialised technique in eyecare that measures the electrical signals generated in response to visual stimulation. When light hits the back of our eyes, the cells send an electric signal to the brain. One type of visual electrophysiology is called the electroretinogram (ERG), which measures the electrical signals from the eye. We can also measure the electrical signal from the scalp called the visual evoked potential (VEP), which tracks the signal from the eye to the brain. People with migraine have normal ERG results but can have abnormal VEP results. On the other hand, glaucoma ERG and VEP signals are consistently abnormal, because glaucoma is an optic nerve degeneration and the signals starting from the eye are already reduced. Hence, electrophysiology could be used to help distinguish whether vision loss is associated with migraines (normal ERG) or glaucoma (abnormal ERG).

Imaging of the eyes, and specifically of the optic nerve in glaucoma, can be done using various techniques, including optical coherence tomography (OCT) or confocal scanning laser ophthalmoscopy. One important measurement that can indicate glaucoma is the global rim area and volume, which indicates how much optic nerve tissue is present. If there is a lower-than-age expected amount of optic nerve rim tissue, then this strongly indicates glaucoma. Using confocal scanning laser ophthalmoscopy, which is a relatively older technique, studies have not found any differences in optic nerve rim area or volume in people with migraine.

On the other hand, with OCT (a now widely used technique in clinical practice) it is possible to image the individual layers of the retina at the back of the eye. At the time of the 2016 review article, there were few OCT studies in migraine. A follow-up invited review paper by McKendrick and Nguyen5 in 2022 found overall evidence of subtle thinning of the retinal nerve fibre layer (the specific layer where nerve fibres meet to make up the optic nerve) in people with migraine.  The major limitation is that studies do not follow people over time, so we do not know if repeated migraine attacks could cause cumulative damage or stress to the eye and increase the risk of glaucoma.

Imaging can also help us visualise the choroid, which is a layer of the eye that sits behind the retina, often described as a pool of blood vessels and nutrients. Interestingly, the choroid might be thinner in people with migraine, but during a migraine attack, the choroidal thickness increases. It is still a mystery why that is, but the current theory is that blood flow is compromised in people with migraine. Thus, another reason why migraine might be linked to glaucoma risk is the overlap in vascular insufficiency between these two conditions.  Again, there have been no studies over time that can help predict the likelihood of developing glaucoma from current imaging findings, but it is considered prudent for eyecare clinicians to obtain baseline measures in people with migraine and follow them on a case-by-case basis. 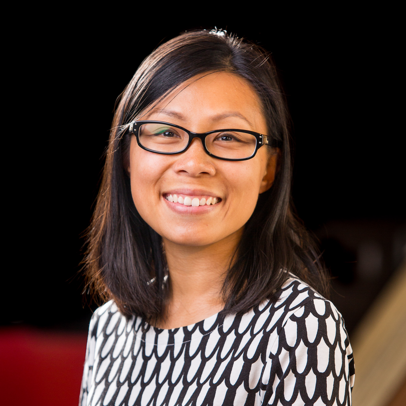 Article by Dr Bao Nguyen
Lecturer and Clinician-Researcher (Optometrist)
Dr Bao Nguyen is a lecturer in the Department of Optometry and Vision Sciences with over 10 years of clinical optometric experience. She has research interests in the ageing visual system, optic nerve and neurological conditions with expertise in visual functional tests including electrophysiology and imaging. 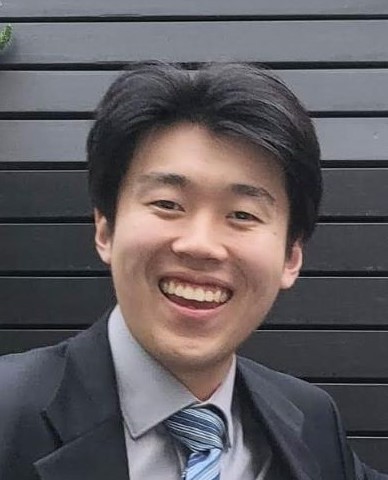 Article by Adam Liu
Glaucoma Australia Clinical Volunteer
Adam Liu is a Vice-Chancellors academic excellence scholar at Deakin University currently undergoing optometric training. Adam is looking forward to a career as an optometrist where he will be able to provide care and comfort to his community.
Glaucoma eNews