The question of whether sleep apnoea is a risk factor for glaucoma was recently debated in a session at the 2021 World Glaucoma Congress Virtual and listed as a ‘Hot Topic’ at the 2021 Association for Research in Vision and Ophthalmology Meeting.

This followed the publication of one key study arising from the Raine Study in Western Australia, published in the journal Ophthalmology, reporting that at 20 years of age, young adults with obstructive sleep apnoea (OSA) already have thinner retinal nerve fibre layers (RNFL) than controls.1 However, does this really mean that the risk of glaucoma is increased from young adulthood, or at all, in individuals with OSA?

Sleep apnoea describes a group of sleep-disordered breathing conditions in which individuals experience pauses in breathing (apnoea) or periods of overly shallow breathing (hypopnoea) during sleep.

There are three types of sleep apnoea:

The obstructive variant, or OSA, is the most common type, comprising 90% of all sleep apnoea cases, and the focus of this article.

The gold standard for OSA diagnosis is with an overnight polysomnography (PSG), also known as a sleep study, which measures the amount of respiratory airflow along with a myriad of other bodily functions during slumber. OSA is diagnosed when the PSG-measured number of apnoea or hypopnoea episodes during sleep exceeds four events per hour.

A possible link between OSA and glaucoma was first described in the 1990s, when Mojon et al2,3 noticed a "higher than expected" prevalence of open-angle glaucoma (OAG) among OSA patients. Several other studies have since been published supporting this observation.4-6 However, more recent studies comprising large sample sizes7,8 have failed to find such associations, especially after accounting for co-morbidities. A notable exception is the findings from the United Kingdom Biobank and the Canadian Longitudinal Study for Ageing, comprising more than half a million participants, which found that incident glaucoma is 33% to 43% more likely in individuals with sleep apnoea (but not specific to OSA) compared to controls, even after adjusting for co-morbidities.9 (It is also worth noting that the study additionally found that participants with sleep apnoea were 39% more likely to have incident age-related macular degeneration. But this is a topic for another time).

One of the more plausible theories linking the two conditions is that the intermittent disruption in upper airflow during sleep in OSA results in hypoxia and hypoperfusion of the optic nerve, thus degrading the integrity of the retinal ganglion cells. This notion has been supported by observations of decreased peripapillary vessel density with more severe OSA.10,11 By this assumption, treating any existing OSA should reduce the risk of OAG. Indeed, there have been case reports of continued glaucoma progression in spite of achieving the target IOP, and progression only halted after commencement of continuous positive airway pressure (CPAP) therapy for OSA.12,13

However, the use of CPAP therapy may pose an additional problem in patients with OAG or at high risk of OAG. CPAP treatment at night is known to elevate IOP during that time.14 In a retrospective study, Chen et al15 failed to find that CPAP therapy use reduces the incidence of OAG. Thus, it is possible that the elevated risk of OAG in relation to OSA may not be due to the condition, per se, but rather due to the CPAP treatment.

On the other hand, the study15 also found that patients who had undergone surgical intervention for their OSA had significantly lower risks of incident OAG. However, it is not feasible to recommend surgical intervention for all patients with OSA just to (possibly) reduce the risk of glaucoma. (This also remains a decision to be made by the sleep physician, and not optometrists or ophthalmologists).

But neither the vascular theory nor the IOP elevation effects of CPAP therapy explain why we found significantly thinner RNFLs in patients with OSA as young as 20 years of age.1 Both OSA and OAG are chronic, age-related conditions; thus structural and functional changes that occur in both diseases take a long time to manifest. The effects of any OSA or CPAP use (which is not commonly used by the young adults with OSA in the Raine Study), is unlikely to affect patients from the tender age of 20. This calls for a re-evaluation of our hypothesis that there is a causal link between OSA, or its treatment, and OAG.

One way to explore a causal link between two measures, in this case the measures being OSA and OAG, is to employ mendelian randomisation (MR). This method measures genetic variations to test for the causal effect of an exposure on an outcome. MR studies have allowed us to confirm that more intensive education results in myopia, rather than the other way around.16 However, MR studies are limited by the number of known genes associated with the condition of interest. While over 500 genes for glaucoma have been identified, genetic studies on OSA are lagging. Thus, before we can perform a well-designed MR study exploring the link between OSA and OAG, more genetic studies on OSA are warranted.

Even if no causal link exists between the two conditions, identification of more genes will help us to understand any shared processes between the two conditions. For example, several OAG genes have been identified as having other biological functions, information which has given us a better understanding of OAG pathophysiology (e.g. mutations in certain genes have been implicated in altered trabecular meshwork function and thus OAG).17 Recently, shared genes between sleep disturbances and neuropsychiatric disorders, such as schizophrenia, have been identified.18 Thus, it is conceivable that genetic links may also exist between OSA and OAG.

Clearly, further studies are required to explore the underlying mechanics of the relationship between OSA and OAG. First and foremost, we need to ascertain whether the use of CPAP has any therapeutic benefit or adverse effects on the retinal ganglion cell. The Lions Eye Institute is currently investigating this as part of the West Australian apnoea and Vascular Endpoints Study (WAVES) in collaboration with the West Australian Sleep Disorders Research Institute (WASDRI), where we are testing the eyes of 500 patients with OSA, half of whom have been on long-term CPAP therapy.

Identification of genes associated with OSA (and OAG and its related endophenotypes) will also provide us with further avenues to explore causality or associations, including shared genes, between OAG and OSA.

Although there is still a lot to learn about the link between OSA and OAG, it is still important for the eye specialist to be aware of their patient's history and treatment with sleep apnea, just as it is for other conditions such as hypertension and diabetes, as these are all risk factors of glaucoma. Given the potential for CPAP therapy to elevate IOP at night, it may be advisable for patients with OAG who are also on CPAP therapy to discuss their OSA treatment options with their sleep physician, and to bring up this issue with their treating ophthalmologist. This is important, even if the measured IOP appears to be meeting treatment targets, as IOP revert to baseline values after waking and the use of the CPAP device ceases in the morning. It is very important that patients with OSA and OAG who are on CPAP therapy to continue their therapy unless advised to stop by their sleep physician. CPAP therapy is highly effective in controlling upper airway collapse during sleep, and our patients' general health remains a priority. 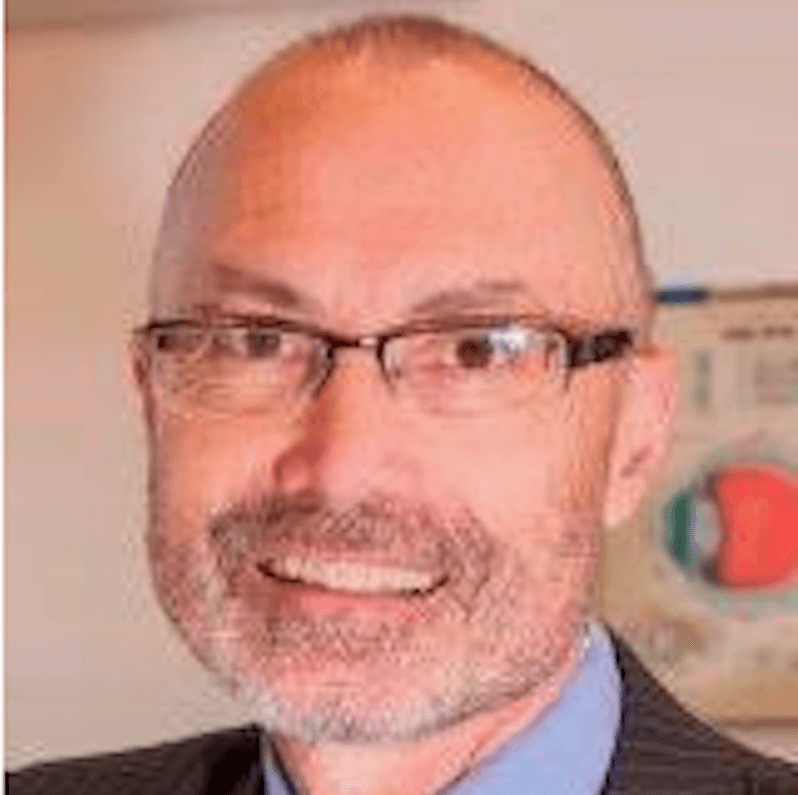 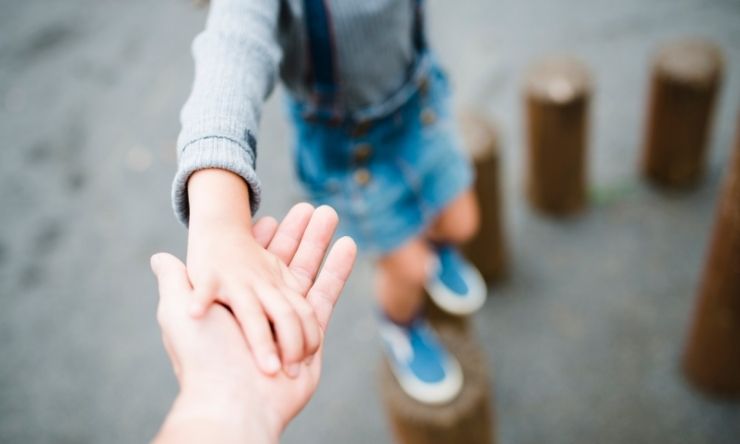 Despite increasingly advanced treatments and early intervention, parents and carers, some of whom have been diagnosed with genetic glaucoma themselves, face significant long-term challenges... 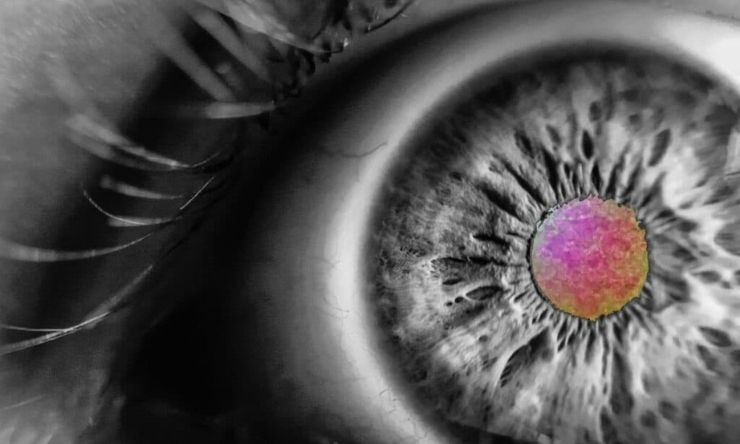 The Future of Glaucoma Detection and Monitoring: Part 3

Dr Dinesh Kumar and other inventors of a new rapid screening test for glaucoma that could help advance early detection of the disease are planning clinical trials starting sometime this year...